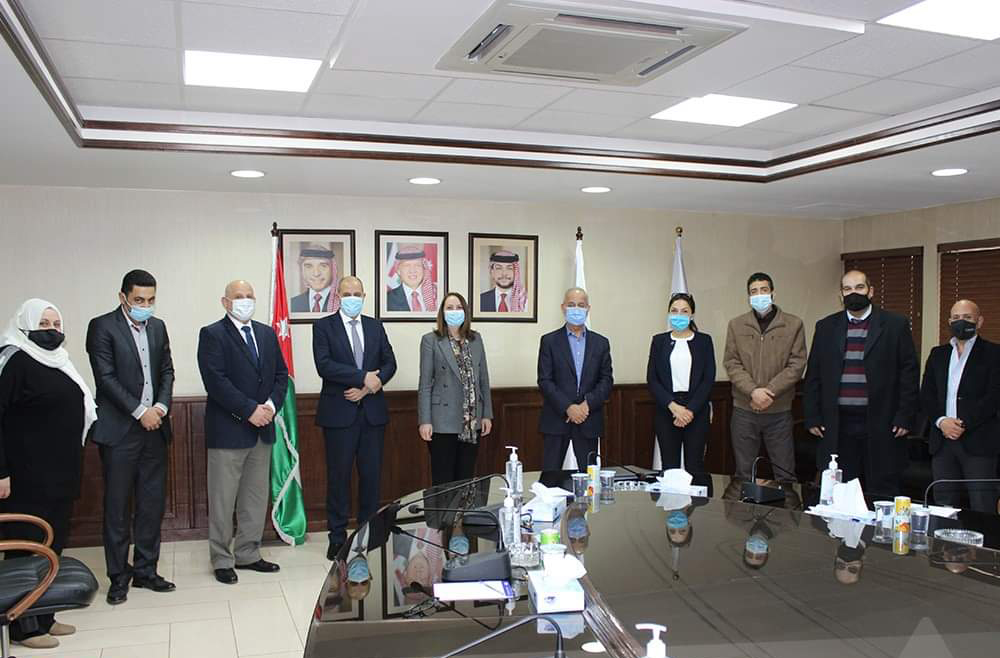 Amman – Under the patronage of Her Excellency the Minister of Industry, Trade and Supply, Ms. Maha Al-Ali, and in the presence of the Head of the Jordan Chamber of Industry, Mr. Fathi Al-Jaghbir, the Secretary-General of the Ministry, Dr. Youssef Al-Shamali, and the representative of UNIDO in Jordan Mrs. Sulafa Madanat, a consortia agreement between five Jordanian food supplements’ factories was signed on Sunday 8 February 2021.

The food supplement sector is considered one of the new and promising sectors in Jordan, due to the high value-added knowledge that exists locally and its ability to enter the export markets in the region and worldwide – similar to the Jordanian pharmaceutical industries- where is witnessing high growth rates. In addition, the sector can provide job opportunities for a large number of bachelor’s degree holders of both genders in several specializations. In Jordan, the sector started with five companies that were able, in a short time, to put a clear footprint in the local market and spread to neighboring markets The establishment of export consortia is one of the expected results of the project “Creating job opportunities for youth and women through improving the business environment and competitiveness of small and medium companies in Jordan” funded by the Italian Agency for Cooperation and Development (AICS) and implemented in Jordan by the United Nations Industrial Development Organization (UNIDO) in cooperation with the Ministry of Industry, Trade and Supply Jordan (MITS).

The project aims to increase the contribution of the Jordanian private sector to job creation and economic inclusion for youth and women by supporting the development of small and medium enterprises. UNIDO’s Senior National SME Expert Abdullah Al-Hindawi, explained that establishing export consortia of Jordanian factories in the project’s three target sectors, namely Garment and Fashion, Natural Cosmetics, and Food Supplements, will facilitate access to non-traditional markets and create competitive opportunities for the alliance members to increase and sustain exports. Al-Hindawi added that two agreements have also been signed for manufacturers and exporters of professional clothing and manufacturers and exporters of natural cosmetic products.

On the other hand, the Natural Beauty Products export consortia incorporate five factories producing Dead Sea products and other natural products from organic nature extracts. This consortium seeks to target non-traditional markets in Africa, other Arab countries, and the United States of America.